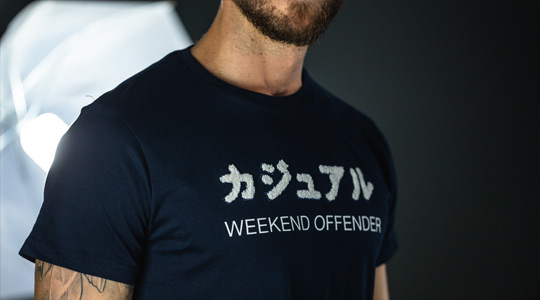 In 2004, Sam Jones and Rhydian Powell had the idea for Weekend Offender in a small Welsh town near Cardiff. Weekend Offender is no nonsense, but functionality, cheekiness, style, sometimes playful, but always robust - the clothing of Weekend Offender suits its customers in the pubs, in the clubs and at football. Weekend Offender became the brand for the boys from the rougher areas of the grandstands and celebrates the past and future of a very special British youth culture: casuals.