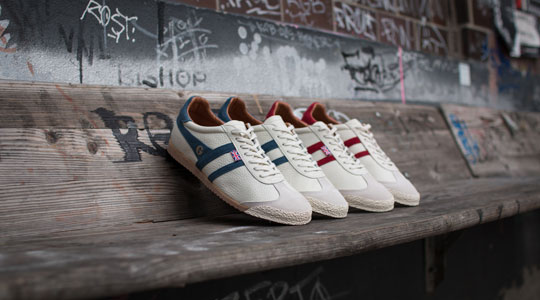 Gola was founded in England in 1905 and looks back on an eventful history. Located in Bozeat, Northamptonshire, the company was once known as the Bozeat Boot Company. In 1968 the legendary Harrier training shoe, which the British loved, was launched on the market. In 1970 England coach Sir Alf Ramsey became brand ambassador, which paved the way for the company into the football scene and in the early 1970s the famous Gola Bag was developed, which became a classic and is still remembered today.